Never put someone in a box. Here's why. Join Rabbi Yaacov Haber for A few minutes of inspiration ushering in Parashat Nitzavim-Vayelech

Why we should love others even if they don't don't deserve it. Join Rabbi Yaacov Haber for A few minutes of inspiration ushering in Parashat Ki-Tavo

A Jew must be thankful. Always. Join Rabbi Yaacov Haber for A few minutes of inspiration ushering in Parashat Ki-Teitze 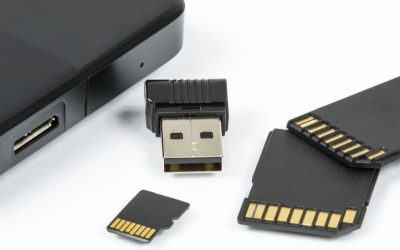 Backing Up Our Hearts

Our first thoughts are holy. Inscribe them on your heart.

These are my words at Kehillat Shivtei Yeshurun, Ramat Beit Shemesh this Rosh HaShanah. They are still pertinent today. The words that I’d like to share with you tonight actually took me about 50 years to prepare. Tonight, as we greet Rosh HaShanah into our lives, I’d...

“See! I give to you today the blessing and the curse.” This portion of the Torah is called “See!” Why “See!” Why should we be seeing here more than in everything else that Moshe transmitted to us from G-d? Why not “See! I am the Lord your G-d who took you out of...

The Journey Is Coming To An End

I’m feeling okay about the nine days this year. Even Tisha B’Av! That may sound radical, so let’s explain why. The Talmud (Yoma 5) describes a scene toward the desecration and destruction of the Beis HaMikdash by the Babylonians. According to the Medrash in Eicha, a... 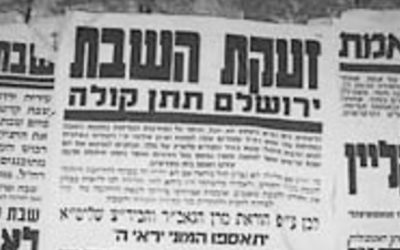 Pashkevil are protest posters that are pasted on walls. They are particularly common in Jerusalem as a means of conveying directives to the public. I had the privilege of living in Jerusalem. Everyday there are posters about a new threat or problem facing the Jewish...

The Quest For Jerusalem

On a spiritual voyage, the expedition, the trek, searching, yearning, finding it and just getting there, is the mission in and of itself! If we would know where it is then it wouldn’t be as holy.

The three weeks and the nine days are behind us and the High Holidays are not yet here. So, it’s party time. Concerts, barbecues, hiking and a lot of junk food in the Mountains. The Catskills have the feel of a Jewish Woodstock. It is a break between crisis and...

"He is a wise child who chooses a good grandfather." I recently spoke at a conference of baalei teshuvah. Someone came over and introduced himself to me as a great grandson of the Pnei Yehoshua. While in college he learned that he had such an illustrious grandfather....

"Chazon Yeshayahu". A vision of Yeshayahu! The Medrash [Shir Hashirim Rabbah Ch. 3] taught that there are ten levels of prophecy. Sometimes prophecy comes in a dream, sometimes as a feeling and sometimes as a voice. Which kind of prophecy was the harshest? Rabbi...

We Have Arrived in the Land

As the argument continued Moshe smiled. “Today”, he said, “I see you really are a people!” (Rashi and Mosif Rashi)

As we welcome in the month of Elul and we begin our preparations for a New Year, we must keep in mind our G-d given challenge. ‘Leshichno Tidrishu’, always keep searching for Jerusalem, ‘Uvoso Shama!’ and you will get there. We are leaving tomorrow!

Reflections on the 2006 Israel – Lebanon War through the lens of the Parsha parshas Ekev.

Sensitive people are able to feel what others cannot.

Space has its markers.

When we visit places that we had visited as a child the energy of that place is released and brings back all the memories that seemed to be stored up there waiting for you to return and enjoy them. Time also has its markers. Birthdays, anniversaries, yahrtzeits , all of these markers take us back on a journey as we remember a particular day in our lives, a certain day in history. This Shabbos is a special marker for me personally. Parshas Eikev was the Shabbos of my Aufruf. Many years later the week of Eikev was my first Shabbos in Australia. As time went on Parshas Eikev was also the very first time I spoke from the pulpit of Congregation Bais Torah which led to my succeeding Rabbi Berel Wein and continuing his legacy.

This week, with G-ds help, our family will be moving to Yerushalayim!

A thought for the week on Parashat Devarim