The Right Way to Accept the Torah 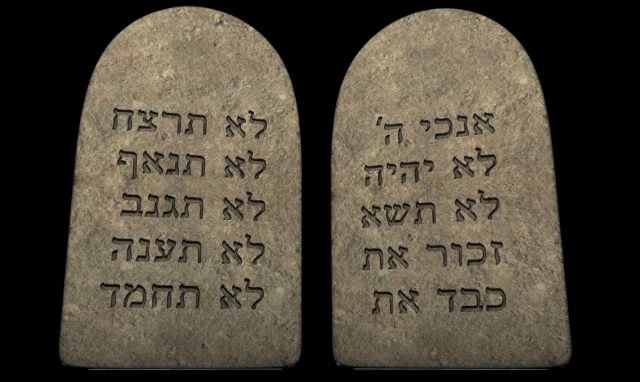 The Torah, in describing the Giving of the Law, says: “And Moses brought the people out of the camp to meet G-d, and they stood at the bottom of the mountain” (Exod. 19:17). The actual Hebrew for the last phrase is: “Visyatzvu BESACHTIS hahar”, which could be translated more literally as: “they stood UNDER the mountain”.

There is a well-known Gemara (Shabbos 88a) that this is in fact the meaning! G-d lifted the mountain like a “gigis” (which Rashi translates as “barrel”) and held it over the people, saying: “If you accept my Torah, good; if not, this will be your grave!” The people thereupon accepted the Torah.

This is a strange story, which we might find hard to believe. Furthermore, we have the following problem: the Jews had just witnessed a series of dramatic incidents around Mount Sinai: thunder and lightning, and the sound of a shofar. Surely they would be prepared to accept the Torah, after such a manifestation! Why should they be forced?

An answer is given by Rabbenu Tam, in his commentary on this Gemara. He says that this description should not be taken literally. The people were FORCED to accept the Torah, not in the sense that someone was holding a gun (or a mountain) to their heads, but in the sense that it was completely obvious to them that that was the right thing to do. The attendant miracles had made this absolutely clear.

Interestingly, the Gemara goes on to say that this was not a satisfactory level of acceptance! That only came later, at the time of Mordecai and Esther, when the Jews re-accepted the Torah. Here there were no dramatic miracles, the Divine intervention remained behind the scenes (“Esther” is related to the word “nistar”, meaning “hidden”), and so the acceptance of Torah here really was a result of free choice.

What lesson is there for us here? Many people want a sign from G-d before they will accept the Torah. But the best way, in fact the only way, to accept the Torah is by a process of free will, not as a result of some miracle, but from an intellectual and emotional search for the truth.

← Sukkos and Elie Weisel Be Like a Desert - Be Flexible →