A History of the Shechinah 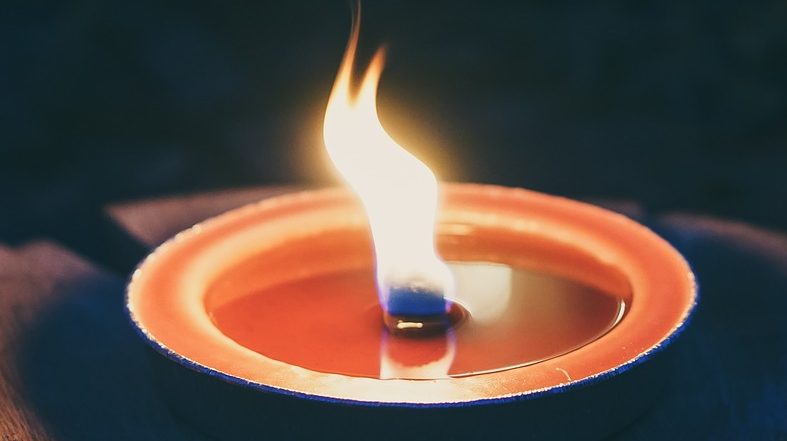 Lately I have started praying for something new. I still pray for good health, for my children, for peace in Israel, and for parnossa — but I now realize that it really all comes down to one thing. I have started praying for the Shechinah. I realize that when G-d rests His Presence upon us, life begins to work. All the blessings that were somehow hidden from the eye become revealed. Life is smoother, happier and full of peace. We need peace in our lives, in our homes and in our country. We need to pray for the Shechinah!

A fire made by man gives warmth and light, but only burns while consuming its fuel. If nothing is consumed — the fire goes out.

A fire made by G-d gives light and heat but does not consume anything. In G-d’s world there is an ultimate good that isn’t at the expense of something else. There can be warmth and light without any destruction or loss.

When Moshe was busy shepherding his flock he came across a burning bush. Given the heat and dryness of the desert, the fact that the bush was burning was not in itself a spectacular sight. But that a fire was burning and nothing was being consumed — that stopped Moshe in his tracks. This could not be a fire from Earth; it must be a fire from the Heavens! Moshe immediately understood that with all the tribulations of the Jewish people, G-d was still with them. The Shechinah was still present.

This fire that didn’t consume became our symbol of the eternity of the Shechinah.

Throughout the First Temple the fire of the Western Candle burned, and when the Second Temple was built – the fire burned again. It burned miraculously, without consuming its oil, and we all knew that G-d was with us!

And then the fire went out.

One hundred years after the building of the Second Temple, during the great summit meeting between Alexander the Great and the leader of the Jews, Simon the Just, the candle went out. Suddenly we were confused. We no longer knew whether the Presence of G-d was resting upon His people or not.

Many years later, many deaths later, the Macabbees miraculously recaptured the Temple from the Greek authorities, and restored its holy function. All of Israel returned to Jerusalem en masse and bowed before G-d. They looked for a sign that the Shechinah was with them, but the Menorah was not burning. There wasn’t any oil to consume.

Then a miracle happened! They lit the candles and once again the “bush burned but did not consume.” On Chanukah we understood that once again, Hashem was with our people.

In our Parsha, Aaron was asked to light the Menorah. Not just for then, but for all times, the family of Aaron would be the messengers of G-d to show the world a fire that “does not consume”. G-d is still with us, His miracles still occur, His love for us is everlasting.

So my new prayer is that the fire should burn once again; that we should once again become a G-dly people living in a G-dly country.

← A History of the Shechinah The Vision of Bilaam →