The Cry of The Shofar 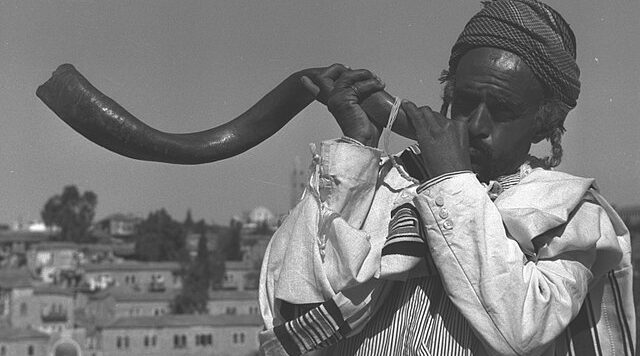 I recently came across the ‘tzavaa’, or the ethical will of Rav Menachem Mann Shach OBM, famed Rosh Yeshivah of Ponevez. This document was written when the Rav was over one hundred years old.

The Rosh Yeshiva reflects on the whole of his long life and the possibility of over his decades of leadership having made important mistakes in judgement. ‘I realize that is is possible to see something as a great mitzvah when in reality it was a grave sin. Sometimes I thought campaigns were holy; but they weren’t holy at all!’

In Parshas Behar we learn of the blast of the shofar on Yom Kippur of the Yovel year. The Talmud teaches us that the crying sound of the Shofar are the same as the blasts that are heard on Rosh Hashana – Day of Judgement, the day of the giving of the Torah at Mount Sinai, and with the future announcement of the arrival of Moshiach and the kingdom of heaven. Yom Teruah.

The Teruah or the sobbing sound of the Shofar have a common but unlikely source. The crying Shofar blasts emulate the crying of the mother of Sisra. , Sisra in the Bible was a terrifying enemy of the Jewish people. He was a famously fierce Canaanite warrior and general during the time of the Prophetess Devorah..

Devorah had a vision that the Jewish army would be able to defeat Sisra so she encouraged the Jewish general Barak to attack him. She told Barak that according to her prophecy Sisra would fall in the hands of a woman. Barak went to war on condition that Devora would accompany him and in fact, in the resulting battle Sisra was forced to flee alone on foot.

As he fled, Yael, the wife of Chever HaKeini, gave him refuge in her tent, fed him, enabled him to fall fast asleep and then hammered a tent peg right through his head.

Sisra’s mother, waiting at home for her beloved son to return. She stared out of her window wondering what was delaying him. Her mind wandered into fantasizing about the extent of the booty which must be taking him so long to collect after his latest conquest. “Certainly in his victory he is gathering fine silks, gold and silver.” Never did she suspect that his delay was due to his demise. She could only think of him as a successful conqueror and that the extended wait for him to return must be due to even greater success then had been expected.
So when she received the news of his death, her distress was not only that of a mother losing her son. Her weeping reflected the shocking inversion of her whole view of the world, where everything she expected was destroyed and that which she could not envision had in fact come to be. She wailed as she realized that all that she thought was true had been shattered.

That is the sobbing of the shofar. This is our inner cry as the Shofar wakes us from our slumber. The sound of the Shofar uproots our entrenched view of the world and resets our perspective. So much of what we thought, in our hubris, could not possibly be true. That is what Rosh Hashana, the Yovel and the coming of Moshiach have in common. God’s truth, the absolute vision of emes, comes crashing into our lives through the barriers we raise, and we have to let go of our limited grasp of the world.