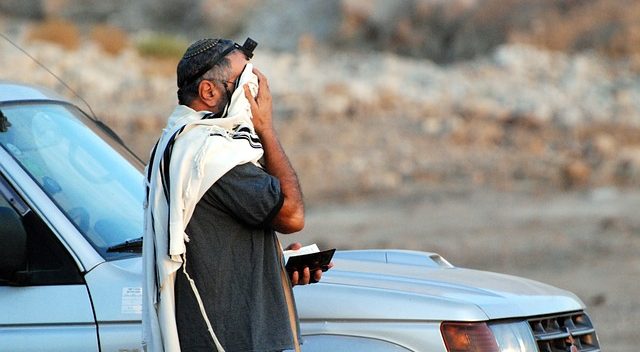 Why would the entire Jewish community have to die for attending a banquet?

The students of Rabbi Shimon bar Yochai once asked their master: Why did G-d decree death to the Jewish community of Persia? What did they do to deserve this? Rabbi Shimon bar Yochai instructed his students to think it through themselves and answer. After deliberation they finally answered, “Because they took part in the festivities of Achashverosh the King.” (Megilla 12a)

We are told that the meal was glatt kosher with the best supervision! What did they do that could possibly warrant such a disproportionate and harsh punishment?

Perhaps Haman’s anti-Semitic genocide decree was not a sentence, but a result of falling into the trap of assimilation.

For centuries, since the time of Joshua, the Jewish people lived in their own country under self-rule. We felt at home and we were free. In Persia, for the first time since we were slaves in Egypt, we were guests. We felt like we had to fit in. We tried to hold on to our Jewish customs but if we wanted to survive we would have to play ball. We didn’t want to offend our hosts, we didn’t want to stand out, and we didn’t want to insult their religions and beliefs. The result – the Jews of Persia became more Persian than Jewish. This is how we ended up sitting at the great Persian banquet with Achashverosh.

In Babylon, Nebuchadnezer wanted his god worshipped, so we worshipped. In Persia, Haman wanted to be bowed down to – so we bowed. In the Capital city of Shushan, Achashverosh wanted us to eat – so we ate, and we even began to enjoy ourselves. Forty-eight Prophets warned us to remain a people apart. They told us about our special mission of bringing light to the world, but the pressure of Galus was too real and we fell into the trap.

The effect: the possible disappearance of the Jewish people. Just as the ancient Persians or Babylonians are not here anymore, we would also not be here. Perhaps it wasn’t G-d’s decree for us to vanish, it was ours.

When Varus died Rabbi Shimon bar Yochai went to visit the new Emperor. Marcus Aurelius recognized the Rabbi’s great wisdom and accepted him warmly. He told the Rabbi that he could go into the royal treasury and take any one thing that he wanted. Rabbi Shimon bar Yochai entered into the treasury and located the paper on which was written the Varus Decree. He brought this document which ordered Jews to be just like everyone else, before the king, and ripped it into pieces. (Talmud Miela 17.)

Rabbi Shimon bar Yochai was the Mordechai of his time – the Romans persecuted him but he wouldn’t bow to them, they honored him and he used his honor to benefit the Jewish people. More important, he understood that to be a Jew was not to become part of the system, but to help create a better one.

When we look at assimilation we tend to study the edge: intermarriage, conversion, total ignorance and apathy. Those are real issues in world Jewry today. Some of us, thank G-d, are not confronted with the challenges of idolatry, intermarriage, or giving up circumcision, Shabbos or Kashrus. But there can be assimilation in our lives too. Our challenges are perhaps more subtle, but just as real. If you practice medicine plese remember that there is a very Jewish way to do so. If you practice law or are in business – we have our own laws of integrity and truth. We must ponder on what a Torah Jew really is. Being honest in business is not just to make a Kiddush HaShem, we should have integrity because that is how a Jew should be. Having compassion on a poor man or woman is not just because he may be Elijah the Prophet; we have to have mercy on Joe Hobo too.

We are guests of the world. Our real home is in Israel. Until we all come home, let us learn the lesson of Mordechai and show everyone our light, so that we can all come home with a job well done.

Please help me help others by contributing to our Matanos L’Evyonim fund. On behalf of those in need I bless you with good health, prosperity and nachas. To contribute online please visit our Tzedaka page or send me an email at Rabbiyhaber@gmail.com . Thank you. YH