It Begins at Home 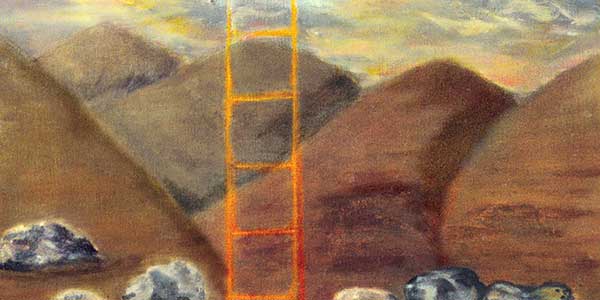 This week’s Dvar Torah is dedicated to Mrs. Toby Singer who passed into Gan Eden this past week. Growing up in Buffalo, NY, Mrs. Singer’s home was my second home. She taught me by example about Judaism, Torah and life. It was there that I learned about the light of Shabbos and the happiness of Mitzvos. It was largely due to her influence that I left Buffalo at an early age to attend some of the best Yeshivot in the world. I honor her memory with gratitude and awe. May her wonderful children be comforted. May she exert her influence in the Heavens to bring peace and safety into Israel and the world.

When pain and suffering hit the world, it might be because we couldn’t find it in our heart to forgive our brother, spouse or neighbor.

Jacob dreamed of a ladder. In the dream Angels of G-d climbed up the ladder and then Angels came back down.

Angels originate in the Heavens. You would think that Jacobs dream would be far more accurate if the Angels in the dream would have first descended and then climbed back up! If they start on top they must come down before going up.

Jacob’s dream was seminal to understanding our life mandate, Judaism, and the way the world works. The Kabbalists teach us that the ladder Jacob dreamt of represents the interactive relationship between Earth and God. Its feet were firmly embedded in the ground but its head was in the Heavens? Earth and Heaven are connected. God stood at the top of the ladder; while we stand at the bottom. Angels travel up and down.

Picture the rain cycle. Water is on the earth, the water evaporates and forms a cloud, and the cloud then bursts and replenishes the world with water. If we pollute the water on Earth it returns to us in the form of acid rain. A polluted liquid evaporates and descends in an unhealthy form, not necessarily where it went up. Pollution can evaporate in New York and rain down in Canada, Africa or in Asia.

So too, our actions are the positive or negative energy of creation. If there is safety in Tel Aviv or Paris, it might just be because of a random act of kindness in Pittsburgh. If there is unrest and fear in the world, it might be because we couldn’t find it in our heart to forgive our brother, spouse or neighbor.

The good and bad we do form the raw material for the energy that then creates and recreates the world every second. Charity begins at home!

Immediately preceding World War II, the heat of world politics reached a crescendo. In a small town in Poland some young students asked their sagacious teacher the Chafetz Chaim whether it would be appropriate for them to contribute to the betterment of the world by leaving the yeshiva and joining the underground or pursuing some other involvement in world issues.

The Chafetz Chaim replied with a legendary statement. The Torah which we study and the acts of kindness that we do in our small unknown town of Radin, is directly affecting the discussions taking place at this moment in the British parliament.

Jacobs dream tells it all. The Angels of G-d went up and then they went down. It starts with our hearts. It begins with our deeds. Whatever we think, say, do or feel climbs right up that ladder and shakes up the Heavens. The Angels then descend and bring back to the world whatever we put forth.

← Integrity; Living Like a Jew Not Just Tenderloin Steak →