From Tallis to Timberlands 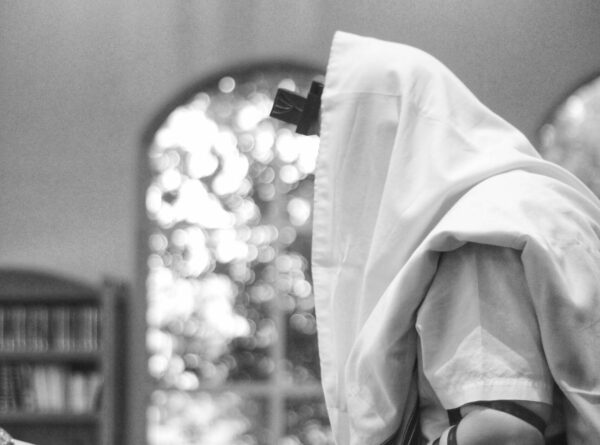 There is an old story about a man who attended Daf Yomi and knew just how to build a sukkah. He bought his lumber, marked off the shiurim, measured for lavud, made his plumb line. He followed the Gemara exactly and was very proud of his perfect sukkah. With a big smile he made kidush in the sukkah and then the family heard the crackle. They ran out of the sukkah, just in time, the sukkah fell down. There was nothing left. He walked to the Rav’s house with his family and his soup and asked if he can have his meal there. “I followed the Gemara exactly” he said, “But it didn’t work, the sukkah fell down!” The Rav himself confused opened up the Gemara and then his face lit up. “Taka!” said the Rav “Tosfos fregt der kasha”.

Like many of you I heard this story when I was a child but I only understood the depth recently.

We have three major festivals a year. Pesach, Shavuos and Sukos. Chazal say that Pesach was like the betrothal of the Jewish people to G-d. Shavuos was like the wedding with Har Sinai as the canopy and Sukos is the day to day life of being married to G-d. The day to day life. The culmination of the calendar cycle. All of the holidays are for this holiday where we build our sukos and sit with the Shechina. Zman Simchosainu.

An architect could make everything look good on paper but will the structure stand? Every marriage looks good in theory but will the structure stand? You hear people say that they seemed so perfect as a chosson and kallah, what happened? The answer is simple. What happened? They got married. How can something look so good and turn out so problematic? Tosfos fregt der kasha!

On Rosh Hashana and Yom Kippur we all stood before G-d. I hope you join me with my sentiment that it was a wonderful Yom Kippur. We stood as one before Hashem. Our heads were in Shamayim. But if our heads stay in shamayim than we are Jews in theory. In theory the structure should work. If it doesn’t, Tosfos fregt der kasha! Now, during Sukos its show time.

It’s amazing how we go from our white kitels and taleisim to our jeans and work boots without any segue at all. Immediately after Yom Kippur we take out the hammer and we start banging. We examine fruit we start cooking, decorating ad worrying about the weather. We’re married now. It’s the day to day living that is important. Honesty, midos, how to talk to people. We need to take Yom Kippur and imbue it in to our everyday life.

The Talmud tells us that at the Simchas Beis Hashoeve on Sukos dancing was reserved for the leaders of the generation. This was a Simcha the likes of which no other simcha can be compared. Raban Shimon ben Gamliel would dance in the middle. He would stand on his thumbs for long periods of time with his feet in the air and the crowd would cheer him on. What a Rabbi! Interestingly this great simcha took place during the Roman occupation, even more interesting was that Raban Shimon ben Gamliel was the first of the 10 martyrs that the Romans took, the same year as the simcha. But he was happy and he danced. I’d like to share a thought with you. The whole Yom Kippur our feet are on the ground but our heads are in Shamayim, our hands extend to the heavens in prayer. On Sukos the great leader turned the whole thing upside down, his feet, his foundation pointed to the sky, his hands, his tools for action were entrenched in the ground. He choreographed a symbolism for life. He was part of this earth. He’ll enjoy it, and if need be he’ll suffer for it but at all times he’ll sanctify it.

Let’s not lose our places that we attained on Yom Kippur. Let’s integrate that holiness into our day to day living. Let the Yomim Noraim take hold!

← Where are the Pashkevil? Tradition vs. Creativity →