Bongo Without a Cause

What if one man could create an atmosphere of peace simply by setting up forty Bongo Drums on a grassy patch outside the Old City of Jerusalem?

About ten years ago, somebody tried, and he invited me to join him. He patiently explained to me that he did not represent any movement, religion or philosophy. He was not trying to pray, meditate or open up gates in heaven. He simply wanted to Bongo with the people.

At the time, I thought it was crazy to make peace without a common goal. Looking back, the Bongo People may have been right.

When our forefathers stood at the Yam Suf they did not have a common goal. Pharaoh had told his people that the Jews were helpless in the desert, and we weren’t so sure that we didn’t agree. There was water blocking our path forward, but we weren’t so sure we wanted to go forward anyway. We weren’t ready for war, and we were homesick for Egypt. The Jewish people saw the shock, the awe, and the might of G-d, but it seems that we weren’t sure why it was all happening. Yet, we were united.

In Hebrew, the word for group is Chabura. It comes from the word Chaver, which means friend, and Chibur, which means connection. A Chabura is a beautiful thing.

There is also a sinister meaning to the word Chabura. The Torah describes a wound or a bruise as a Chabura. The linguists explain that this is because the blood gathers together below the skin in response to an injury. On some level, this too is a beautiful concept, but in the final analysis it remains a Chaburah – a wound.

I heard from Rabbi Michel Twersky that when we form alliances and unions with each other we are forming a chabura. If the entire purpose of that Chabura is as a reaction to an outside force, then that unity is tainted. The unity is not the result of an intrinsic spiritual or emotional connection; it is the result of an outside force. It is a wound.

When the Jewish people gathered together at the Yam Suf, it was not as a response to the Egyptian enemy – they weren’t sure he was an enemy. It was not even with a goal of reaching the land of Israel – they weren’t ready for that. It was just simply gathering together as “one nation under G-d” aiming to grow and become greater. The Egyptians were also unified as they chased the Jews, but Rashi describes it “With one heart and as one man” – they were of one heart and therefore they were like one Man. They joined together to take revenge. The Jewish people were the opposite: “As one man and with one heart” – we began with no cause but unity and the desire to grow. Later we became united as one heart, and only then did we receive the Torah.

Unity doesn’t begin with a Cause. 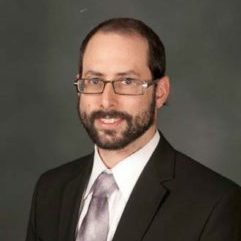 Rabbi Sender Haber has led B’nai Israel Congregation since 2012. He has inspired many Jews to expand their Jewish identity and increase their love of Torah and commitment to its observance.