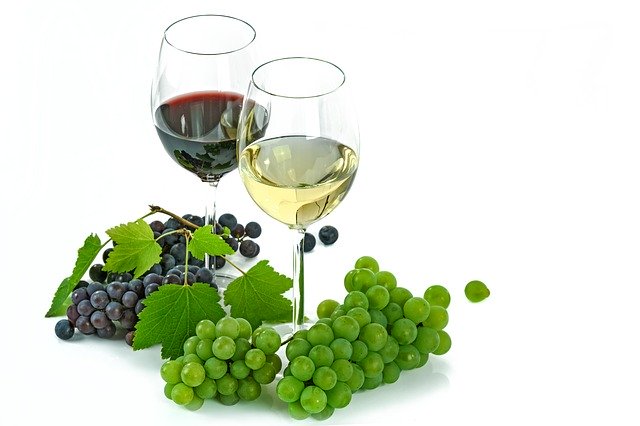 On January 18th 1920 the Eighteenth Amendment to the United States Constitution was ratified, prohibiting the “”the manufacture, sale, or transportation of intoxicating liquors within… the United States… for beverage purposes”. The Volstead Act, which was designed to carry out the Prohibition (also known as “The Prohibition Act”), defined intoxicating beverage, and allowed an exemption for sacramental use.

Prohibition in general led to one of the first public altercations between the Orthodox and heterodox movements, who argued over who would have the Rabbinic authority to pronounce an occasion worthy of sacramental use.

For religious Jews the sacramental exemption was very important, and widely exercised. Jews use wine at a variety of occasions, and often in the privacy of their homes, which made it very difficult to regulate their sacramental use. This raised eyebrows in the Prohibition enforcement agencies, and indeed the privilege was apparently abused over the course of Prohibition.

The Conservative movement was embarrassed by the widespread use of the sacramental exemption, and Louis Ginzberg, a theologian associated with the Jewish Theological Seminary, wrote a responsum in which he argued that it was perfectly and halachically acceptable to use unfermented wine with no alcoholic content for sacramental purposes, thus allowing grape juice to be used for all religious rituals, and effectively not requiring any exemptions to the Prohibition Act.

It’s worth noting that historians view Prohibition as an attempt to keep America ‘American’ and not sully the lily white, puritan WASP reputation they were trying to uphold. It would be logical to assume that complying with the ethos of the Act was more important to the heterodox movements than to their Orthodox counterparts.

Also of interesting historical note, based on Ginzberg’s ruling the Reform Movement lobbied Washington to repeal the entire sacramental exemption. They quickly backed down when they realized that their Catholic neighbors let it be known that repeal of the exemption would not be appreciated within the Catholic Church.

There was no immediate public response to Ginzberg from the Orthodox Rabbi’s, although they most certainly did not stop using wine for sacramental purposes. However several years later, Rabbi Hurewitz of Hartford, Conn., a student of the Chofetz Chaim and an erudite scholar, wrote a very strongly worded response, and disagreed with the halachic advisability of using grape juice in lieu of wine.

The Gemara (Bava Basra 97b) states that one may (ipso facto) squeeze a cluster of grapes into their cup and say Kiddush, seemingly indicating that grape juice is permissible to use for kiddush, and all other sacramental purposes.

This is how the halacha is decided in Shulchan Aruch (272:2). However the Magen Avraham (3) adds that it is preferred to use aged wine, at least forty days old.

Rabbi Hurewitz’s position, and this position was initially held by Rav Henkin as well, was that our grape juice was different than the grape juice discussed in the Gemara. After squeezing grapes, the juice can either be turned to wine, or it will spoil. Contemporarily, in order to have grape juice, we pasteurize it, which gives it a long shelf life as unfermented juice.

The reason that grape juice was permissible in the Gemara was because it was, in essence, unfermented wine. However our grape juice, in order to preserve the grape juice it is necessary to pasteurize it, effectively neutering its potentiality of becoming wine. Thus, argued Rabbi Hurewitz, it was not the same as the grape juice of the Gemara.

Rav Tzvi Pesach Frank, (Har Tzvi, OC 1:158) in a letter to Rabbi Hurewitz disputes this. He writes that just as cooked wine is permissible for Kiddush, because we recognize it as retaining the character of wine despite it being cooked (and despite it not being usable in the Bais Hamikdash and therefore not being an ideal choice) so too grape juice will retain its character despite being cooked and will still be permitted. This is also the position of Rav Shlomo Zalman Auerbach (Minchas Shlomo 1:4).

Rav Henkin in a later responsum on the subject retracts his reservations regarding using grape juice for a different reason. He consulted with Mr. Herzog, of Herzog Winery fame, who demonstrated to him how one can easily fermented even pasteurized grape juice by adding a little sugar and yeast and leaving it exposed, thus refuting the pasteurization argument from a scientific perspective as well.

The common practice, and the position of the vast majority of contemporary poskim including Rav Moshe Feinstein, Rav Elyashiv, Rav Ovadia Yosef, Rav Soloveitchik, and the aforementioned poskim, is that grape juice may be used for Kiddush and all other sacramental purposes. Many do note the position of the Magen Avraham, that it is preferred to use wine when possible.

Using grape juice for the four cups drunk at the Seder is a relatively new issue, as in pre pasteurization days the grape juice from the harvest season would have spoiled by the time Pesach came around. Although from a wine perspective it would be permitted, in the Kol Dodi Rav David Feinstein Shlit”a takes the position, based on early commentators, that wine is preferred as one of the purposes of the Four Cups is to demonstrate freedom, which is not possible with non-alcoholic grape juice.

There is also some discussion in the Poskim about using grape juice from concentrate, the position of Rav Shlomo Zalman Auerbach is that it would not be Hagefen!

A story is told about Rabbi Dr. Abraham J Twersky, the famed Rabbi, author and psychiatrist, who is a world renowned substance abuse expert. The story is told that one of his patients, a Catholic priest, expressed his consternation that he would no longer be able to take communion, which involves drinking wine. Rabbi Twersky asked him why he didn’t use grape juice, explaining that Rav Moshe Feinstein had ruled that Jewish law allowed grape juice to be substituted for wine. The priest asked his bishop who in turn asked the cardinal. The cardinal asked Rabbi Twersky to put the halachic rationale in writing, which he then forwarded to the Vatican. The psak came back – they agreed with the reasoning and would permit using grape juice as sacrament, based on Rav Moshe’s psak!

I first heard a shiur on this topic from Rav Hershel Schachter, and many of the sources were heard then.
These articles proved to be an excellent resource as well:
http://americanjewisharchives.org/publications/journal/PDF/1991_43_02_00_sprecher.pdf
http://koltorah.org/ravj/15-25_May_We_Use_Grape_Juice_for_the_Arba_Kosot_1.htm