Participating in the Political Process – A Torah View 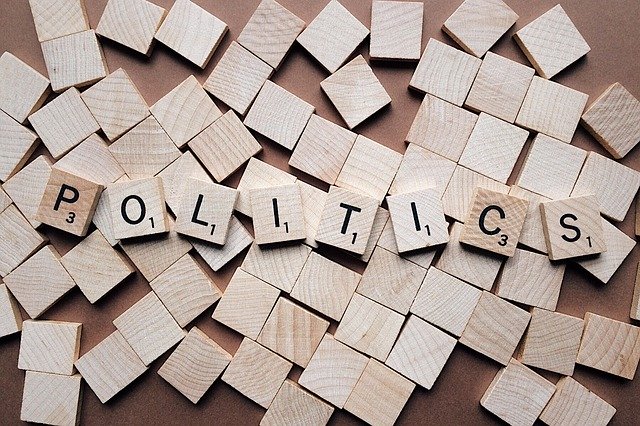 As the United States political season reaches its apex, and races for office heat up on the national, state and local levels, politics is on many of our minds. What is the Torah view on voting specifically, and generally being an active participant in the political process? We will begin with a historical view, and conclude contemporarily.

When Bnai Yisrael were exiled from Eretz Yisrael to Bavel, Yirmiyahu Hanavi cautioned them that they were to be there for quite some time, in contrast to the Nevei Sheker who were promising that the galus would be for only two years.

This injunction, to pray for the peace of the local government, was given with an explanation – through “it’s peace you will have peace”. When the governing body of the place where we reside is at peace, even if that governing body is as evil as Nevuchdnetzer and the Babylonians, it will cause Bnai Yisrael to have peace as well.

The Metzudas David explains this practically, by referencing Chazal’s command[2] to be מתפלל בשלומה של מלכות, to daven for the wellbeing of the government, for if not for fear of authority man would eat his fellow alive.

This statement, made by Rav Channina Segan Hakohanim was said at the end of the second Bais Hamikdash, in reference to the ruling Roman authorities. Even that evil empire was worthy of our appreciation and tefillos, because they served an important social function.

We know[3] that Rebbi Yehuda Hanasi enjoyed a very close relationship with the Roman Emperor Antoninus.

We even find[4] that Rav Elazar Barav Shimon, who spent 12 years in a cave with his father Rav Shimon bar Yochai hiding from the Romans, became a ‘policeman’ of sorts for the Romans, catching and turning in thieves. When reproached by Rav Yehoshua ben Korcha he replied ‘I am weeding out the thorns from the vineyard’, meaning that with his assistance he felt the Romans were doing an important service[5].

In Shimon Hatzadik’s seminal meeting with Alexander the Great[6] he told him that ‘in the Bais Hamikdash we pray that you and your kingdom should not be destroyed’.

The Meiri, on the above cited Mishna, comments that it is integral to be concerned with the welfare of the malchus, for even if we have Torah leadership, but there is no fear of malchus then each individual will be concerned with self-preservation and protection with no ability to focus on their spiritual growth. He concludes by stating that this applies to all kings, as the Torah hints to by requiring the seventy Parei Hachag on Succos which correspond to the seventy nations of the world, and we find in Ezra[7] that the passuk states that we should bring sacrifices to Hashem, and daven for the king and his sons.[8]

From what we’ve seen so far it would appear that the reasons to be supportive, and pray for, the ruling authority are practical; the government is effective in policing the state and ensuring there is not rampant lawlessness, and in recognition of the necessity of such a governing body, evil as they may be, we support them and pray for their wellbeing.[9]

How does this translate into the modern political process? Contemporarily we find this expressed by Rav Shlomo Miller of Toronto, who writes in commentary to the verse we cited from Yirmiyahu previously that one should seek the peace of the city we are exiled to: A successful and truthful democracy is essential for peace, and therefore exercising our right to vote is advisable and recommended.[10]

If we delve a little deeper we will see that there is an undercurrent of more than practicality – we must be grateful to our host countries throughout our exile, not just for keeping law and order, but for providing us with a place to live, uncomfortable as it may be.

The Torah commands us[11] to not reject the Egyptian, as we were strangers in his land. Rashi explains that even though they drowned all of our male offspring, at the end of the day, they gave us somewhere to live in a time of hardship. This is mind boggling! After all the hardship and slavery that the Egyptians put us through, to the extent that they drowned our children, thousands of years later we still owe them a debt of gratitude for hosting us in exile.

This concept is particularly applicable in a country such as the United States, which has been particularly conducive to the flourishing of Torah living and Jewish Life. The religious liberties afforded to us in the United States and other Western countries are unprecedented, and we should be deeply appreciative of that.

Indeed this is a recurring theme in the responsa of Rav Moshe Feinstein, who moved to the United States from the oppressive Bolshevik Russian regime. He refers to the United States as a ‘Malchus Shel Chesed’ a kingdom of kindness, and encouraged respect and appreciation for all levels of government.

On March 4th 1939 the United States celebrated the 150th anniversary of the establishment of Congress. This was marked by a special Saturday Congressional legislative session, which was addressed by President Franklin Delano Roosevelt, and happened to coincide with Parshas Zachor that year.

Rav Moshe gave a derasha[12] commemorating the event, in which he explained that governments which are based on an ideology tend to use the ideology as a means of attaining power, at which point they concentrate on amassing power, and allow the ideology to fall by the wayside. He illustrated this by showing that Germany at one extreme (fascism) and Russia at the other extreme (Communism) had both used their ideologies as a means to exert power over their citizens.[13]

He continued by stating that the ideal secular government should not be based on any particular idea or creed, rather their function should be to maintain law and order, and ensure that people do not steal and murder. However all citizens should be free to adopt whichever faith, ideology and philosophy that they would like. As such he extolled the United States, who ‘already one hundred and fifty years ago adopted a system with no faith and no philosophy’ whose primary function is to maintain order and ‘this is the will of Hashem, and that is why they have been so successful’. He concluded by saying one is therefore obligated to pray for their welfare.

It would appear that Rav Moshe felt that this gratitude to the United States also required one to actively participate in the electoral system. In 1984, at the behest of the Jewish Community Relations Council, which was running a ‘get out the vote’ campaign, he signed a letter that stated: “The rights guaranteed by the United States Constitution and the Bill of Rights have allowed us the freedom to practice our religion in safety… A fundamental principle of Judaism is hakaras hatov… Therefore it is incumbent upon each Jewish citizen to participate in the democratic system which guards the freedoms we enjoy” he goes on to encourage each Jew to register and to vote.[14]

It would appear that Rav Moshe was of the opinion that the gratitude creates an obligation to actually participate and uphold the democratic system.

This concept was reiterated by Rav Shmuel Kaminetsky in a ‘Kol Koreh’ issued prior to the 2006 elections in which he reiterated that: previous sages have ruled that it befits each and every Jew to acknowledge his or her appreciation for the freedoms afforded to citizens of the United States by participating in the elections of “our nation of kindness, the United States.” Further, Rabbi Kaminetsky dismissed those who doubt the impact of their individual vote, noting that recent elections have been decided by just a few hundred votes. “Therefore I urge all members of our community to fulfill their obligation to vote for those who strengthen our nation — whether materially or spiritually — and also support our Jewish brethren living in the Land of Israel,” he wrote in the proclamation.[15]

This hints to the third and final reason that we find an obligation to vote; the ability to influence the election to the benefit of the Jewish community. We find that in many of the letters written by the Torah Leaders to the Jews of Eretz Yisrael, encouraging them to vote for the Torah true politicians running for office, they reiterate this point: if one has the opportunity to play a role in improving the wellbeing of the Jewish people, and to have laws enacted that will protect Torah Judaism, they have an obligation to do so, and may not shirk their duty.[16] Presumably, as in Rav Kaminetsky’s letter, this would similarly apply to Jews in the United States as well. This is dictated by simple logic in addition to practicality; one should support those who will act in his benefit and vote against those who will not.

One last concern – does the voter bear any responsibility for the actions of his candidate? Rav Menashe Klein[17] reassures us that he does not, and one should choose the candidate that is the most favorable from those running. He recalls that in prewar Hungary everyone would vote, including all the great Tzadikim. He reiterates that especially in a ‘Malchus Shel Chesed’ such as the United States everyone should vote, and one should vote for the best candidate, even is a situation where it is merely the lesser of two evils.

[1] 29:6-7
[2] Avos 3:2
[3] Sanhedrin 91b, see sugya there for many other examples of interactions between the ruling authorities and Chazal
[4] Bava Metzia 83b
[5] It is noteworthy that his grandfather, Yochai, was also close to the Roman authorities, see Pesachim 112a.
[6] Yoma 69a
[7] 6:10
[8] One could argue that the passuk was spoken by Daryavesh, not Ezra, but the Meiri felt it was a worthy reference to support the concept of praying for the Malchus.
[9] It is clear that this is not only support of a monarchy, but even a democratic or parliamentary system. See Lev Avos (quoted by Midrash Shmuel on Avos 3:2) who applies to the Venetian government of his day , which appears to have been some sort of parliamentary system.
[10] http://baisdovyosef.com/faq/561-a-mitzvah-to-vote/
[11] Devarim 23:8
[12] Darash Moshe, Drush 10
[13] He contrasted this with a Torah ideology in which the monarchy is totally and fully based on Torah, and is pure and wholesome. It is noteworthy that this was said in March of 1939, several months prior to the German invasion of Poland.
[14] http://cross-currents.com/wp-images/rebmoshevote.jpg
[15] Source for translation as well as the original proclamation can be found here http://www.theyeshivaworld.com/news/uncategorized/3401/r-shmuel-kaminetsky-meets-senator-rick-santorum-r-pa.html#sthash.v15v8YPi.dpuf
[16] For a small sampling see Mishnas Rebbe Aharon, end of v. 4, Igros Kodesh, vol. 4, p. 249, 345
[17] Mishneh Halachos v. 12:274