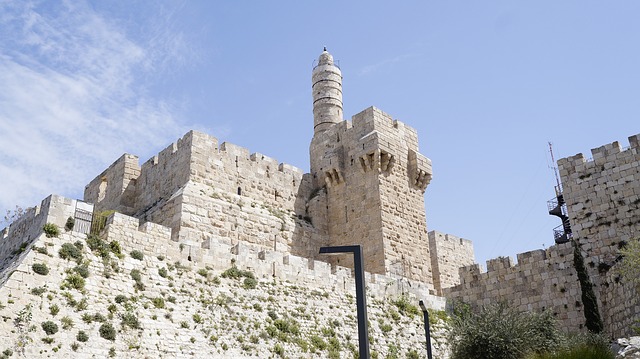 We are familiar with the concept of Maaser Sheini. You take your tithe, bring it, or its monetary value to Jerusalem, and let it here, in the presence of the Bais Hamikdash.

We do the same with Maaser Beheimah – we tithe our animals, bring them up to Jerusalem, and eat them there.

Why? What do we gain by taking our meals in the presence of the Bais Hamikdash?

The Chinuch (360) offers some insight. He explains that Hashem wants all of His nation to be close to Him, Torah scholars and devout. However, He realizes that due to human nature, for the majority of the population this is an impossibility. They must support their families, earn a living, and that can take them to places that are not centers of Torah and bastions of piety.

However, in Jerusalem, the seat of the Sanhedrin and the place of the Kohanim, there is nothing to do but study His ways and learn His Torah. Therefore Hashem commanded that we travel periodically to Jerusalem, spend some time there and engage in study and prayer, whilst being supported by the food we brought along.

This way, explains the Chinuch, not just every region or city, but every household will have at least one member who is well versed in Torah, who can impart of his newly found wisdom to his family and elevate the spiritual level of the entire home.

The Meshech Chochmah (Shemos 23:16), gives us a beautiful understanding of the mitzvah of being Oleh Regel, the thrice yearly pilgrimage to Jerusalem. He explains that Hashem is connected to Klal Yisrael, of which each Jew is a vital part, a limb. However, it is impossible for each Jew to fully cleave to Hashem on an ongoing basis, since they are busy and distracted with the travails of day to day life. However, just as a limb is not considered halachically disconnected from an animal (for the purposes of tumah) until it is unable to be reattached, so too every Jew, so long as they have the potential to connect are considered connected. The way to maintain that connection, to preserve the ability to connect, is by actually connecting periodically. This, explains the Meshech Chochmah, is one of the goals of the pilgrimage.

This idea is really clear in the Sifri, explained by Tosfos (Bava Basra 21a). The verse puzzlingly states that one should bring Maaser to Jerusalem למען תלמד ליראה so as to learn to fear Hashem. The Sifri expounds: Maaser was only given to us so as to engender Torah Study and Fear of Heaven. The Netziv
(Haamek Daver Devarim 14:23) explains that it is impossible to eat all the Maaser during the Chag itself, and therefore he will stay on in Jerusalem, and during that time will study and grow spiritually. (He adds that at the very least he will leave the food behind to support Torah Scholars, which will also help Torah grow).

So we now understand the goal of Maaser Sheini – to get us to Jerusalem, to put aside our earthly pursuits for a little while and focus on our spiritual development.

And now that we have no Bais Hamikdash and we don’t have the opportunity to bring Maaser, what is our vehicle for connection? The answer lies on a second interpretation of Chazal (Yevamos 93a): “Learning to Fear God” which the Torah states as the goal of Maaser, refers to Shabbos and Yom Tov.

The Meshech Chochmah (Devarim 14:23) explains: When observing the Kohanim and scholars in Jerusalem, it’s difficult to find commonality with them. As working folk, we don’t have the luxury that they do to focus on learning and spiritual growth on a full time basis. To that the verse tells us – Shabbos and Yom Tov is your time! You’re not working, you have the opportunity to focus on your growth, that’s when you should apply the lessons learnt from the Kohanim.

May we use our time wisely, and have the opportunity to internalize the lessons of Maaser Sheini.