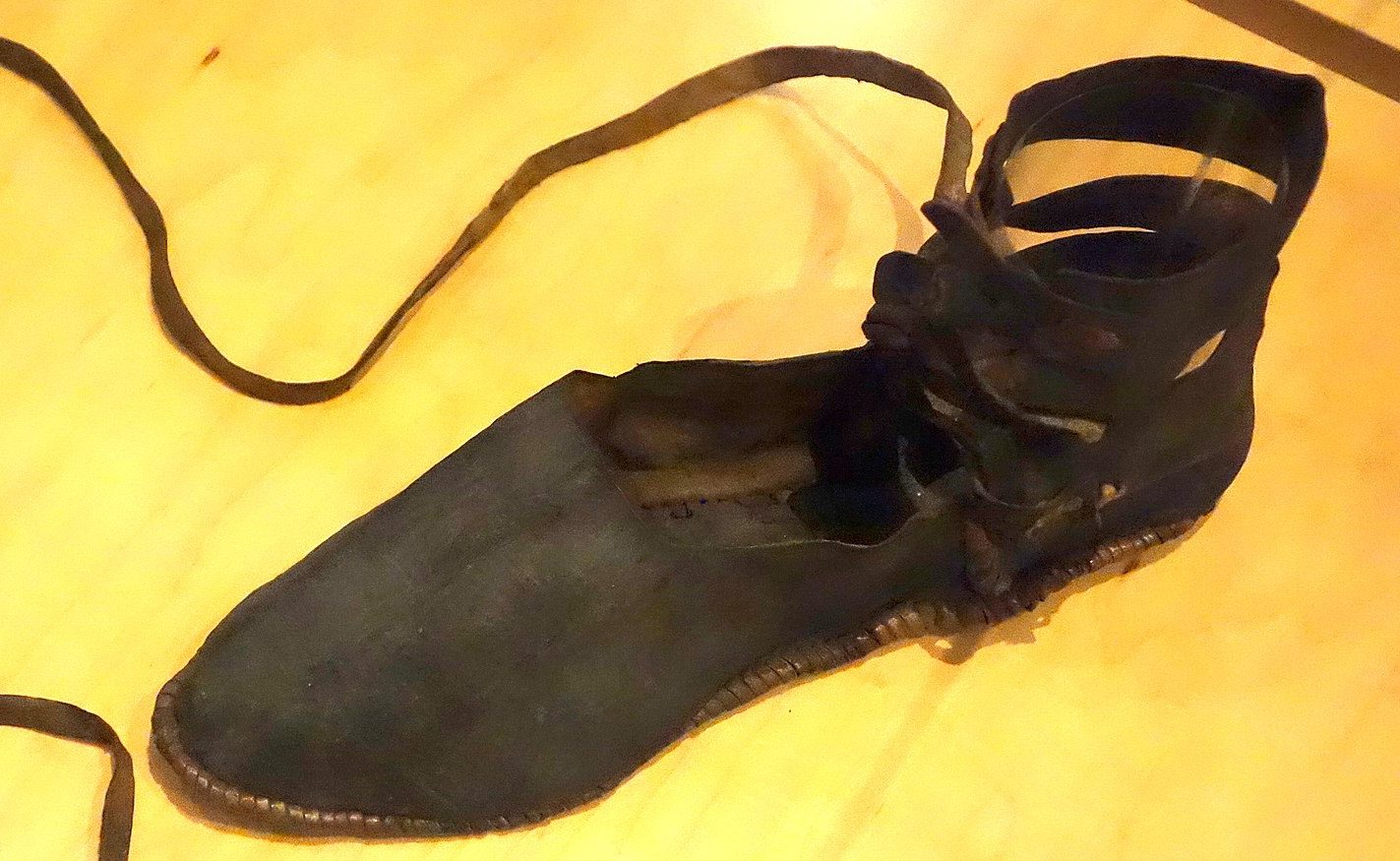 As many of you know we were blessed with a beautiful baby girl this week. It’s been busy, so I present here a guest post by Rabbi Avraham Reit explaining the entire chalitza process. Rabbi Reit is the ultimate “Do It Right”er, having actually written the book(s) on the subject, namely Lekichah Tamah on how to practically buy a beautiful set of Arba Minim, and Teka BeShofar, an excellent how to guide to learn how to blow the Shofar. If anyone is interested in procuring either of these books please contact me. Enjoy!

When a man dies, and leaves a wife but no offspring the matrimonial bond is passed on to his (oldest) brother. The widow must sever this bond by means of chalitza, a process whose result is similar to divorce, before she is permitted to marry someone else. (There are also other reasons pertaining to the soul of the deceased for which chalitza is performed, but that is beyond the scope of this article.) Although the Torah provides two options for the widow, yibum, a form of marriage to the brother, or chalitza, Ashkenazi custom proscribes yibum and instead encourages that chalitza be done.

After shiva (the seven day mourning period for the deceased husband) is concluded, the widow must contact her rabbi to initiate the chalitza process.  Usually the rabbi will refer her to a rabbi who is a chalitza specialist. It is important to use a specialist because the chalitza ceremony is a technical procedure, for which a strict protocol is prescribed.
The specialist rabbi assembles the required Bais Din/Rabbinical Court. The Rabbinic Court consists of five members, the presiding rabbi (the specialist), two primary justices and two secondary justices. Typically these positions are allotted to the rabbis’ students, local rabbis or distinguished members of the community. All decisions regarding eligibility for participation in the Rabbinical Court and all other matters pertaining to the chalitza are decided solely by the presiding rabbi.
The presiding rabbi is the main member of the court. He directs the proceedings and makes all required decisions. The two primary judges make certain observations and declarations together with the rabbi. The secondary judges do not play an active role and are there to fulfill the Biblical injunction that the court have five members.
The Rabbinic Court sets a date for the performance of the chalitza ceremony. The date must be not less than ninety-two days (inclusive) from the date of the late husband’s death.  From the time the date is selected the widow is called a “chalutza” (lit. extractor) and the brother is referred to as the “choletz” (lit. extractee).

The Hebrew term choletz implies active participation, though, as this article will show the choletz is a passive participant. This term was chosen to alert the choletz that he must actively participate with his intent to free the chalutza by means of the chalitza, a point the presiding rabbi will make in his preparatory remarks.

On the eve prior to the chalitza, between the Mincha and Maariv prayers, the members of the Rabbinical Court gather in the lobby of the designated shul. The presiding rabbi declares to the other members of the court, “Come, let us designate a place for the chalitza.”  The members of the rabbinical court then proceed to the shul or other room chosen for this event. When they arrive at the designated site they seat themselves in formation, the presiding rabbi in the center, the two primary justices, one on either side of him, and the two secondary justices sitting off to the side. The presiding rabbi proclaims, “Tomorrow we will perform a chalitza here.” The area is then cordoned off with rope, tape or signs advising people to stay out of the area until the time of the chalitza ceremony. Signs are also posted announcing the chalitza ceremony.
The following morning the chalutza may not eat, drink or even rinse her mouth before the chalitza ceremony. This is a precaution necessary to assure that her mouth will be clear of any foreign matter when she prepares to spit, as will be explained below.
After the morning prayers the rabbis convene in the lobby as on the previous evening and the presiding rabbi announces, “Let us go to the place we designated yesterday.”  From this point on until the completion of the chalitza no one other than the presiding rabbi is to speak unless instructed to do so by the rabbi.  The presiding rabbi leads the way, followed by the two justices and the two secondary justices, two court assigned witnesses, a court attendant and any friends, family or members of the general congregation that are present. (It is best that there should be at least ten adult males in attendance for the ceremony.) The justices seat themselves in the same formation they did the previous day.
The rabbi then calls for the choletz and chalutza to appear before the Bais Din. The first to enter is the chalutza, her mouth covered with a scarf. The scarf protects her from spitting to soon. If she were to inadvertently spit while addressing the court she will complicate things unnecessarily. She is followed by the choletz. They are both seated in front of the Bais Din.
The Rabbi now begins to read the script that enumerates steps of the procedure in Hebrew as found in Shulchan Oruch. He has the discretion to read softly to himself or to read out loud, to translate or not, or a combination of the above. During this reading he calls upon the witnesses to: provide details about the deceased; to positively identify the choletz and chalutza, their relationship and their eligibility to participate.
The choletz is called upon to make several legal declarations including an annulment of vows. The rabbi asks both the choletz and chalutza to participate in some responsive readings. It is essential that the words be pronounced and grouped exactly as the rabbi dictates to them. Occasionally it may be necessary to have the participants read from the original Hebrew or a transliterated text, although it is usually avoided.

When performing the chalitza the woman must use her primary hand, the right hand for most and the left hand for lefties. The shoe must be on the man’s primary foot, usually the right but for some the left. The rabbi will now request the choletz and chalutza in turn, to demonstrate whether they are right or left handed and right footed respectively.
At this point the rabbi takes the choletz to a somewhat private location to scrutinize the choletz’s foot for any chatzitzos (foreign matter). The choletz should have previously washed his foot according to the instructions given to him in advance and it is unlikely the rabbi will find any problems. However, sometimes it may be necessary for a closer inspection, including examining between the toes. Sometimes the presiding rabbi will find it necessary to send the choletz back for another washing.  After inspecting the choletz’s foot the rabbi instructs the court attendant to fit the shoe on the choletz.
The choletz now reappears before the Bais Din. He is told to position himself for the chalitza ceremony. He is directed to stand erect and rest his back on a board set for the occasion. He leans on the board which is set against the wall at an angle of approximately a hundred and ten degrees.  He must hold the foot with the chalitza shoe limp so that the chalutza can work, while at the same time the heel must be pressed against the floor so he should not be assisting her. He must keep his foot in this position for the remainder of the ceremony, as this is the most comfortable and practical position. He must be careful not to assist the chalutza in any way and certainly not to lift his foot.
The chalutza will now begin to remove his shoe. She should proceed slowly and be attentive to any directions she may receive from the presiding rabbi. She bends down and, in full view of the court proceeds to unravel the shoe’s straps, using her right hand exclusively. As she works the choletz must bear in mind that through the chalitza ceremony the chalutza is detached from him and free to marry whomever she wishes.
Once the straps have been unraveled and the buttons opened she is instructed to place her left hand partly on the shoe and partly on the choletz’s leg, and then again using exclusively her right hand, slide the shoe off the choletzs’ foot without any assistance from her left hand, the choletz, or by lifting his foot off the floor. Next she is instructed to wrap the straps around the shoe, lift it over her head and throw it some distance away from the Bais Din.
She now turns to face the Bais Din and when told to she removes the scarf covering her mouth. The rabbi now instructs her to gather saliva in her mouth. She must be careful that there is only saliva and nothing else, such as phlegm, in her mouth at this time. When instructed, she will allow the saliva to drop on the floor in front of the rabbis and the choletz. When given the signal, all present exclaim “Bais chalutz hana’al” three times.
The ceremony is concluded when the rabbis offer a short prayer that there should never again be a need for a chalitza.
(Source: Seder Hachalitza as found in the back of SHulchan Oruch Even Ha’ezer.)