The Mishna in Taanis tells us that there are no happier days for the Jewish People than Yom Kippur and the fifteenth day of Av. On those days the maidens of Jerusalem would go out to the vineyards in borrowed clothing, (so as not to embarrass the girls who didn’t own fine garments) and exclaim accolades that would shed a positive light on their particular station and situation.

Yom Kippur was an occasion for joy because on Yom Kippur G-d forgave the Jewish people for the sin of the Golden Calf and Moshe Rabeinu descended with the second Luchos.

The Gemara gives several reasons for the joy of the fifteenth of Av.

After the Pilegesh B’Givah incident all the Shevatim were forbidden to marry any Benjaminites. (Shoftim 21) This decree was rescinded on Tu B’Av as well.

All the males in the desert aged twenty to sixty had been told they were going to die. Every year on Tisha B’Av all the eligible males would dig graves and go to sleep in them, and every year a number of them would die in those graves. In the fortieth year no one died. Thinking they had miscalculated, they tried again the following night. This continued until the fifteenth of the month, whereupon they saw the full moon and realized the decree had expired and they would all be entering Eretz Yisrael. They established that day as a Yom Tov. Additionally, at that time Hashem resumed speaking directly to Moshe Rabeinu, for the past 38 years he had only been speaking to him in an unclear manner.

Yeravem ben Nevat had erected roadblocks throughout Israel in an effort to stop people from being oleh regel to Jerusalem and instead redirected them to his places of idol worship. On the fifteenth of Av Hoshea ben Alah, his successor, despite being considered an evil king, removed the roadblocks thereby allowing people to once again to Jerusalem.

During the Bar Kochba revolution the Roman authorities would not allow the dead of Beitar to be buried. On the fifteenth of Av they were permitted to be buried. At that time the Sages in Yavneh composed the fourth blessing of Birkas hamazon in thanks to Hashem; miraculously the bodies had not decomposed at all.

On the fifteenth of Av they would cease chopping wood to fill the storehouses of the Beis Hamikdash. The strength of the sun would begin to weaken then and the wood wouldn’t dry properly. This was a cause for celebration for as the nights grew longer people would have more time to be able to dedicate themselves to Torah study.

The Bnei Yissacher asks: Why is it that Tu b’Av seems to have a special significance for Shiduchim? We see the various laws regarding the intermarriage of the Shevatim were given on this day, and it is the day that the Jerusalem maidens would seek their matches. What is the special significance?

As we know, the seven day creation of the world began on the 25th of Elul and was completed on Rosh Hashanah. The Gemara tells us that forty days before the creation of a child its shiduch is decided in Heaven. So too, explains the Bnei Yissacher, forty days before the birth of the world, which was created for the benefit of Klal Yisrael, Hashem announced the ‘shiduch’ between us and Him. This was on Tu b’Av; and forever after the day is vested with a special blessing for marriages.

[He fascinatingly points out that according to R’ Yehoshua who maintains the world was created in Nissan, there is a similar parallel to Tu B’Shvat. He also discusses the significance of Yom Kippur regarding shiduchim.] 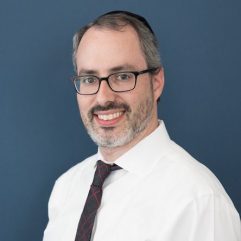