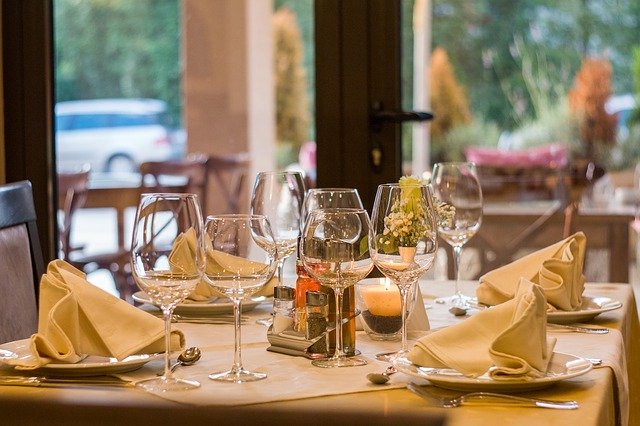 The Gemara (Berachos 55a) states that there are three things that cause a person’s life to be shortened.

1) If he is asked to read from the Torah and refuses,

2) If he refuses to accept a Kos Shel Beracha when offered (lit. a cup of blessing, referring to the cup of wine upon which mitzvos are performed), and

3) If he is מנהיג עצמו ברבנות, which the Maharsha understands to mean that he forces others to accept him as a leader.

I’d like to focus on the second item, if one refuses to ‘accept a Kos Shel Beracha’.

What sort of Kos Shel Beracha are we talking about? We find a hint in the source that the Gemara brings. The Gemara quotes the verse of ואברכה מברכך, where Hashem promises Avraham that ‘those who bless you will be blessed’.(Bereishis 12:3)

In the times of the Talmud only one person would recite the Grace after Meals, and all others would listen attentively and respond Amen. Rashi explains that when one is asked to say Birkas Hamazon he has the opportunity to bless the Baal Habayis, and in turn Hashem blesses him. If he refuses he then is effectively saying he is not interested in receiving the blessing. He loses out on that blessing, or as the Mishna Berura puts it, there is an implied curse.

In a rational follow through, the Aruch Hashulchan and Ben Ish Chai, as well as Rav Elyashiv, write that now that everyone says Birkas Hamazon individually, each individual is obligated to bless the host.

According to this logic, one can argue they would all be susceptible to the shortening of days in the Gemara above. However, there are two caveats:

1)While there is a preference to say Birkas Hamazon over a cup of wine, it is not required. The Magen Avraham says the curse of the Gemara only applies when using a cup of wine, as per the language of the Gemara Kos Shel Beracha. (The Shaar Hatzion isn’t sure of the source of the Magen Avraham is, although it seems that he is basing himself on the language of the Gemara, even though there may not be a logical difference whether he is using a cup of wine or not, the Gemara is limited to that scenario).
The Mishna Berura clarifies that although one should definitely bless his host either way, the curse is only present when using wine.

2)Furthermore, the Mishna Berura (OC 201: Shaar Hatzion 14) states that now that we all say a Harachaman for the Baal Habayis that may mitigate the curse totally (which presents an interesting ‘chumra’ for those who don’t say Harachaman on Shabbos).
The full language of the birkas Baal Habayis, as stated in the Gemara (Brachos 46a) is:

Interestingly, the Shulchan Aruch (OC 201:1) modifies the language, although not the content, considerably from the Gemara. The Mishna Berura quoting Lechem Chemudos who wonders why. But he doesn’t recommend changing it back, although perhaps that’s implied.

The Aruch Hashulchan retains the language of the Gemara almost entirely, indicating that that is how it should be recited.

The Rambam adds that one may add in whatever they would like into the beracha if they so desire.

At which point of Birkas Hamazon should we say it?

The Erech Shai (quoted in Chumash Midrash Halacha) has a beautiful observation. We bless the host that he should not be ashamed in this world nor disgraced in the next world. The Gemara (Chullin 7b) states that there are two types of givers – those who want to give and don’t have the resources, and those who have the resources but don’t want to give. Both are embarrassed so they give anyway, the first even though he can’t afford it, and the second even though he doesn’t want to. He explains that the one who gives even though he doesn’t have is embarrassed in this world, and the one who doesn’t want to give but gives anyway will be shamed in the next. The guest therefore blesses his host that he should be saved from both of these – he should desire and be able to share his wealth!